Delineating the path towards personalised dosimetry in order to “maximise response to therapy”, David McNiel (University of Arizona Health Sciences, Tucson, USA) presented clinical predictors of yttrium-90 (Y-90) uptake in patients with hepatocellular carcinoma (HCC) at the 2021 meeting of the Society of Interventional Radiology (SIR; 20–26 March, online). In the presented research, a multiple regression model demonstrated that prior ablation was a significant predictor of an increased tumour-to-normal ratio (T:N) for Y-90 uptake.

“Radioembolization with Y-90 microspheres is a commonly performed procedure for the treatment of HCC,” he began. “Methods for calculating prescribed activity can be divided into two categories: semi-empirical methods and partition model.”

Due to the prior success of the DOSISPHERE-1 trial, which reported improvement in tumour response rate and overall survival in patients who had HCC treated with Y-90 radioembolization utilising personalised dosimetry, McNiel and colleagues conducted a retrospective institutional review board-approved study on all patients who underwent planning angiography with SPECT-CT for radioembolization of HCC between 9 January 2016 and 31 August 2020 (n=106, over a total of 128 angiography procedures). All patients had pre-procedural contrast-enhanced MRI evaluations of the abdomen. According to the speaker, a multitude of patient characteristics were also collected from the electronic medical record for inclusion in analysis.

“Our initial hypothesis with this work was that T to N ratio would be significantly correlated with the aetiology of the patient’s cirrhosis,” McNiel explained. “Surprisingly, however, this was not the case, and despite the apparently diverse group of patients that go on to develop HCC, including patients with NASH-based [non-alcoholic fatty liver disease] cirrhosis, viral aetiologies of cirrhosis, and alcoholic cirrhosis, none of these groups demonstrated significant differences in T:N ratio in our dataset.

“Similarly, clinical factors that we anticipated would likely have correlation with T:N ratio, including Child-Pugh classification, prior surgical resection, and prior systemic therapy also demonstrated no significant differences in T:N ratio in our dataset.”

Turning to the positive results of their study, McNiel detailed how prior intra-arterial liver-directed therapy (including previous Y-90, transarterial chemoembolization [TACE], and/or ablation therapy) demonstrated significant positive correlation with T:N ratio with their dataset.

In addition, tumour volume, while not significantly correlated, showed “a strong negative trend”; larger volumes of tumour took up less macroaggregated albumin (MAA) activity than their smaller counterparts. “This finding is likely artefactual, based on our methodology, as larger tumours are more likely to contain necrotic, poorly-perfused components, and thus, they are likely to take up less relative MAA than their smaller counterparts.”

Patient age was negatively correlated with T:N ratio by univariate analysis. However, with multivariate analysis, the investigators found non-significance between the two variables.

“These findings raise interesting questions,” McNiel concluded. “Is there some different mechanism of ablation therapy versus intra-arterial therapy that affects this activity? Also, is recurrent disease following either of these therapies somehow inherently different in their angiogenesis or their aggressiveness that could explain these findings?” 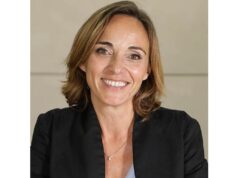