Pancreatic Cancer Action Network (PanCAN) grantee George Miller, head of the Cancer Immunology Program at Perlmutter and vice chair for research in the Department of Surgery at NYU Langone and his research team have discovered a novel and potentially targetable way that pancreatic cancer cells hide themselves from the immune system. The findings, published online in the journal Nature Medicine, have the potential to broach a new era of effective immunotherapies for pancreatic cancer.

“Though valuable research has been done in the area of pancreatic cancer immunotherapy, patients have not yet experienced significant clinical benefits,” said Lynn Matrisian, chief science officer at the Pancreatic Cancer Action Network. “Our hope is that this novel research discovery can be quickly translated and evaluated in the clinical setting, with an ultimate goal of improving patient outcomes.”

According to NYU, researchers involved in this study uncovered a critical pathway by which pancreatic cancer cells turn off the immune system charged with attacking them. In addition, scientists found that targeting this pathway could enable efficacy for checkpoint-based immunotherapies, which have failed so far in clinical trials in pancreatic cancer.

The research team believes that these findings will introduce a new type of strategy leading to effective immunotherapies in pancreatic cancer, and they hope to bring new drugs targeting these pathways to the clinic soon.

Perlmutter researchers used a mouse model of PDA, a disease that is usually fatal in patients within five years of diagnosis. They compared mice with pancreatic cancer that made dectin-1 against a group engineered to not make the protein, and determined that the mice without dectin-1 lived longer. The research team also found that treating mice with an antibody that blocked the galectin-9/dectin-1 interaction dramatically reduced tumour size and increased survival.

“Pancreatic cancer cells are deadly because they programme nearby immune cells to permit the tumours to survive and grow,” said Miller. “Our study reveals a previously unknown mechanism that we might be able to block to make tumours ‘visible’ again to attacking immune cells, perhaps in combination with other immunotherapies,” he added. 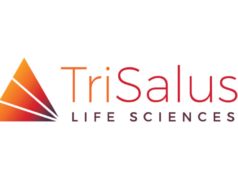